Information on Yacon Syrup is a low glycemic index sweetener.  In any case, this blog post will try to answer the questions I have received about this refined sugar-free sweetener. Secondly, recipes will be provided. 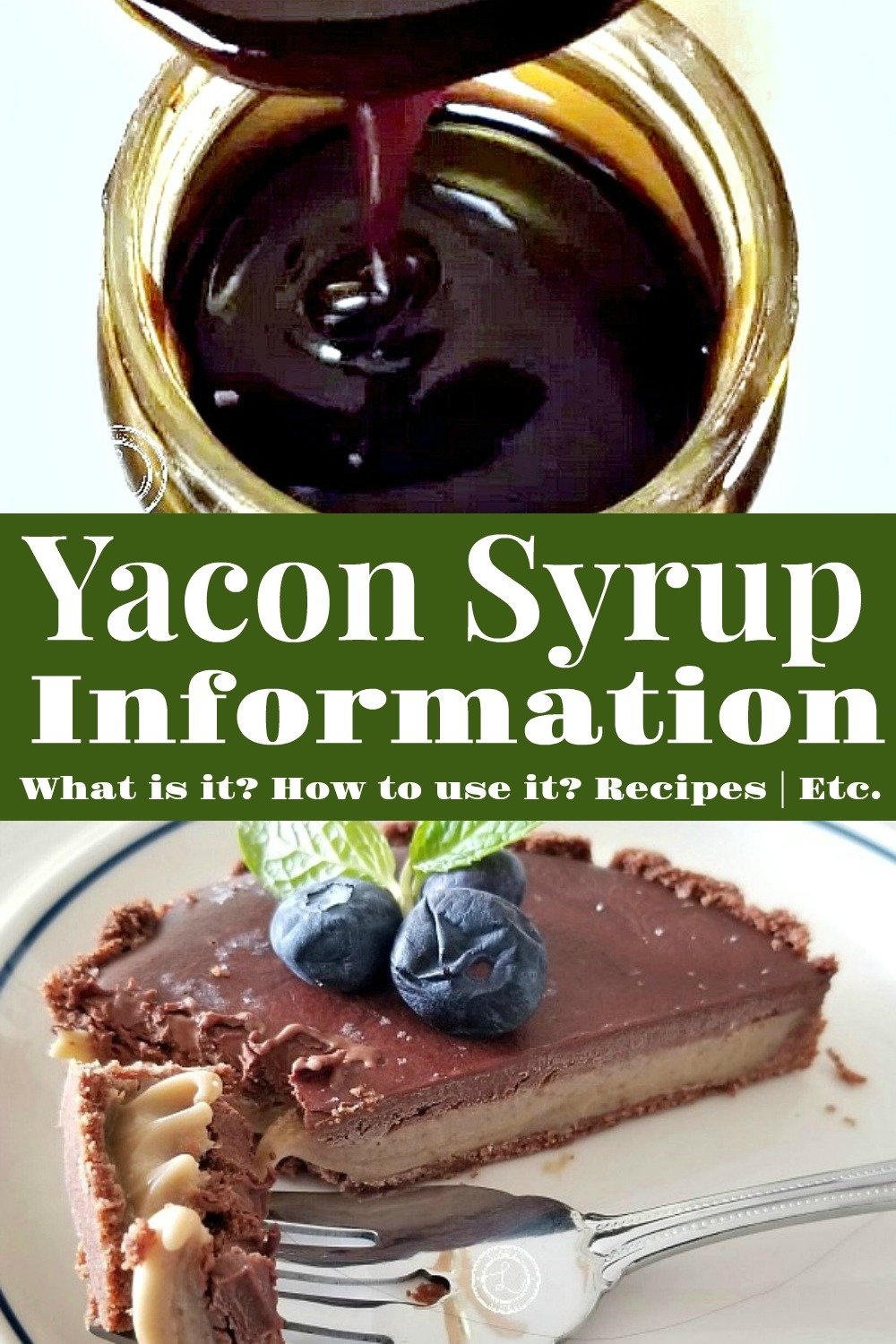 Over 7 years ago my health started rapidly declining. I found out I had autoimmune illnesses and began a long journey of trying to find my way back to health. Along the way, I have revamped my diet to improve my gut health and health in general. At any rate, I now see a western medical doctor and a functional doctor. Needless to say, my diet has seen a humongous change. Indeed I no longer eat grains of any kind including but not limited to corn, rice, or soy. Furthermore, refined-sugar has been removed, limited dairy, no preservatives, no additives, no food colorings. I only use butter, coconut oil, grapeseed oil, avocado oil, olive oil, or nut oils. In fact, I always read the ingredient list. Therefore, if I can’t pronounce it or know what it is I don’t eat it.

Thus began my journey into eating healthier. When I first began this journey I believed that I was going to be relegated to a bland, plain, colorless, and perhaps even unpalatable food. I took to the internet to be my salvation. However, I was not finding recipes that I could eat or looked appetizing. Therefore if I intended to maintain this diet and changed my eating habits I needed to do it myself.

Soon I began researching and experimenting in my own kitchen to create food that I had become accustomed to but with new parameters. I soon learned of ingredients I had never heard of before and found new ways to create wonderful, beautiful, tasty, and delicious food. Soon my friends encouraged me to start a blog to share my newfound wisdom.

My take on Yacon Syrup:

Yacon is a root based fruit that has been used for centuries. In fact, the root can be eaten raw and resembles a sweet potato. It is a food staple in South America. Yacon syrup is extracted from the Yacon root. It is also known by various other names such as Sweet Root, Yacon Strawberry, and Sunroot to name a few.

What are the characteristics of Yacon Syrup?

It is a dark-looking syrup that in my humble opinion is three times sweeter than honey.  Therefore, less sweetener needed in any recipe. It is sweet, sticky, and smooth. It is slightly thinner in consistency than honey.

Where Does Yacon Syrup Come From?

It grows wild in the Andes mountains in South America. Incredibly, the first reported findings have been in ancient pre-Incan burial tombs in Peru. Indicating that humans have been using Yacon syrup for centuries.  (1) (2) (3) (4)

Currently, Yacon Syrup products can be found readily available in many local markets in the Andes mountains. At any rate, the yacon root is prevalent in parts of South America. Since it is easy to grow gentle climates it now is harvested in parts of India, Australia, New Zealand, and was introduced into Japan in the 1980s and has spread to other parts of Asia as well as the USA.

Are there any benefits to Yacon Syrup?

According to an article I read from the Us National Library of Medicine National Institutes for health yacon syrup contains probiotic properties and increases good gut bacteria. (5) Probiotics help to improve the immune system as well as digestion.

It has a low GI (low glycemic index), it is high in potassium, antioxidants, and lowers cholesterol. Not to mention that the fructooligosaccharides in Yacon allow the body to absorb calcium which helps to improve bone health. (6) Further studies have show Yacon syrup to be anti-inflammatory, antioxidant, and antimicrobial. (see 3.4 in the link) (7)

How to use Yacon Syrup?

Use it much as you would honey, agave, maple syrup, molasses, sorghum, or molasses. I have personally used it to bake with, in sauces, in homemade small-batch jams and jellies. It can be substituted for any of the above ingredients. If using as a substitute I would half the amount of sweetener called for.

Why I use Yacon Syrup?

I use Yacon Syrup because I only need to use a small amount versus another type of natural sweetener. I enjoy the taste and flavor which has a rich almost caramel-like flavor (at least to me). It has a nice sweet aroma and no aftertaste such as stevia. Not to mention it has healthy attributes too. Because it is a fruit it is vegan, vegetarian, Paleo, Keto (see information below), dairy-free, and refined sugar-free.

Where to buy Yacon Syrup?

Alas, I have only been able to find Yacon syrup on the internet. You can find it at Amazon here.

As always read nutrition labels and do your own research to make sure that this is indeed a product you wish to add to your pantry. Make sure the Yacon Syrup you purchase has no additional additives or preservatives and is 100% pure yacon syrup. Find the USDA Nutritional Facts here. Hopefully, I have answered your questions and given you more information than you had on Yacon Syrup.

In fact, I use Yacon Syrup in a lot of recipes. Here are just a few. 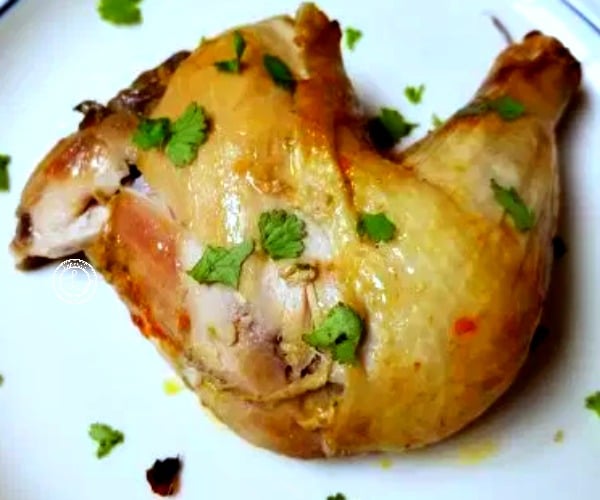 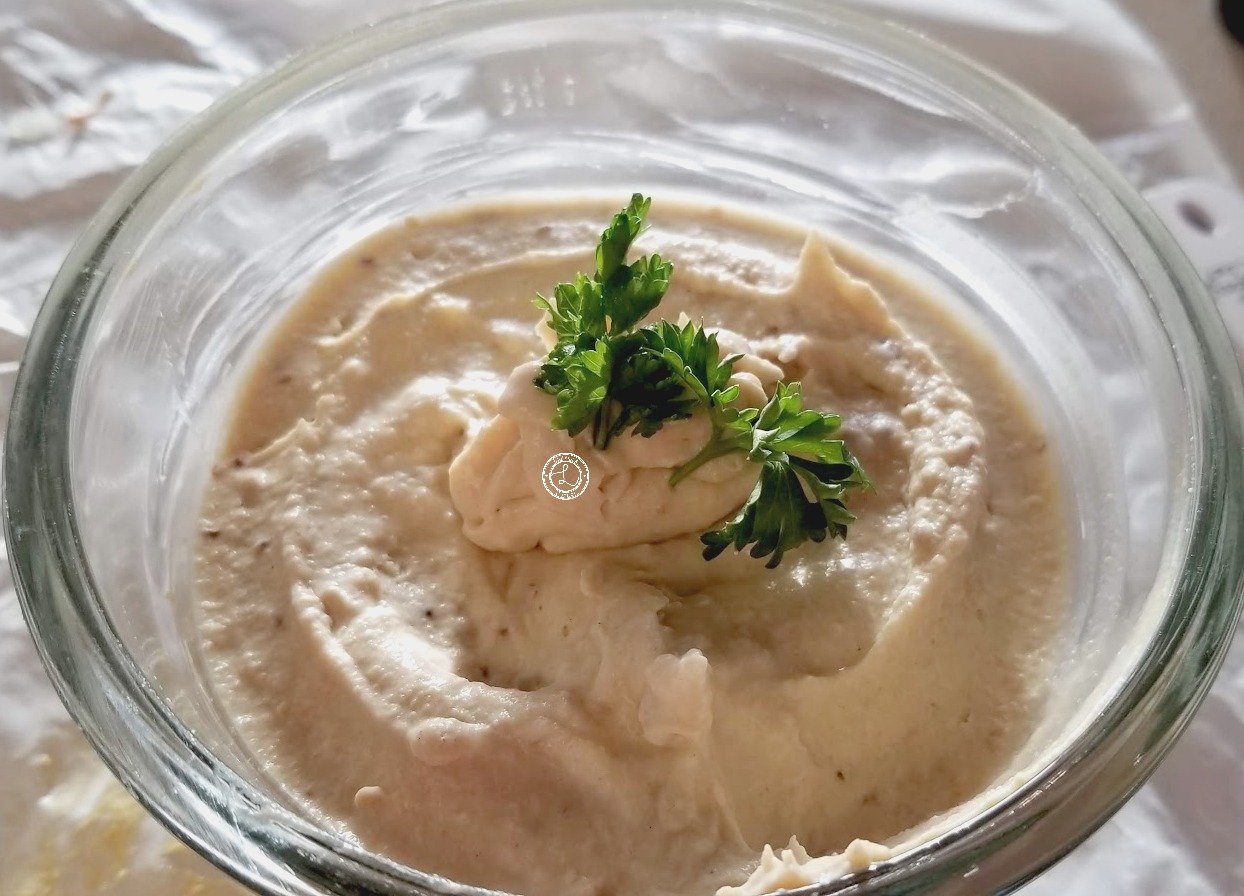 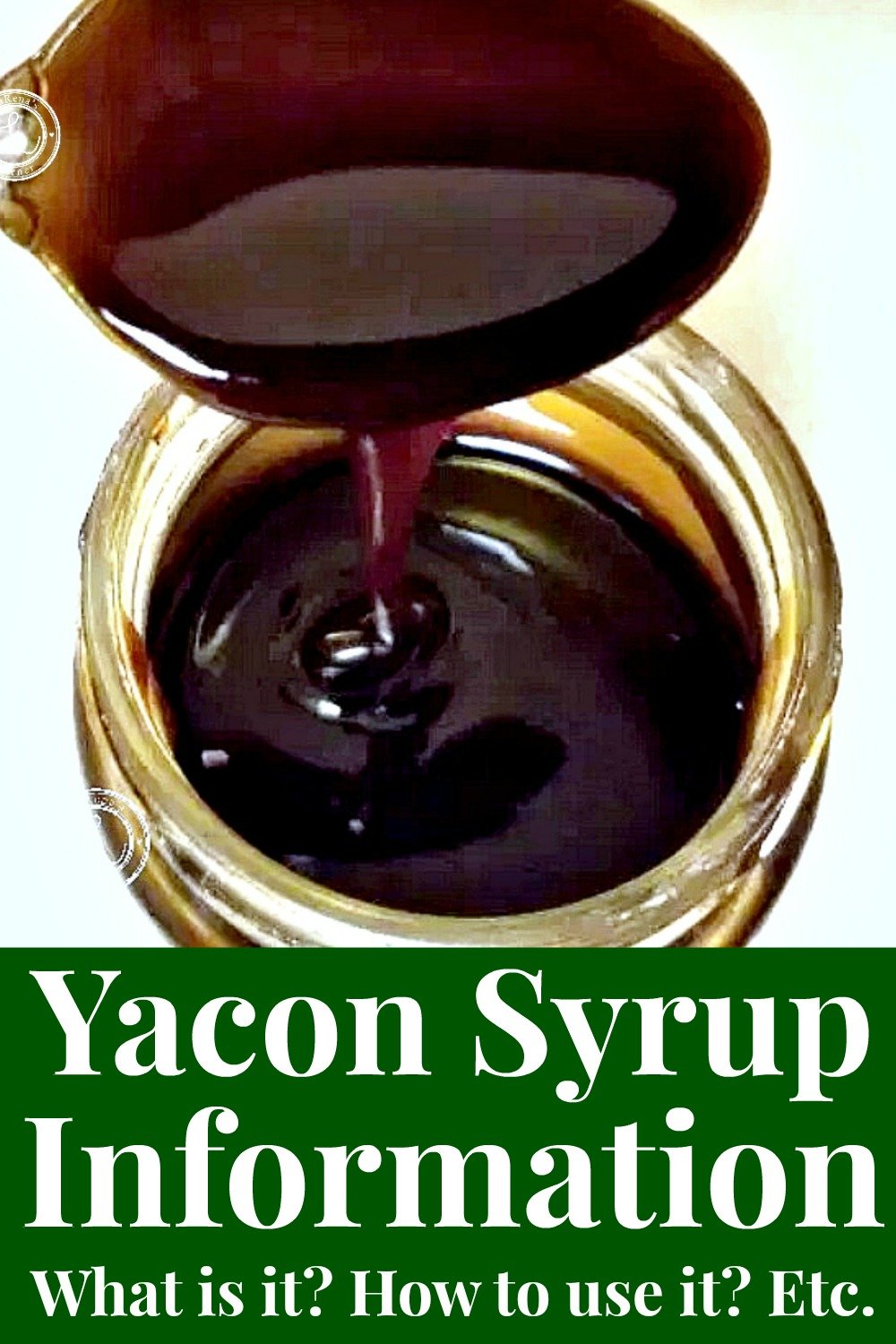